Lands of the Public Domain 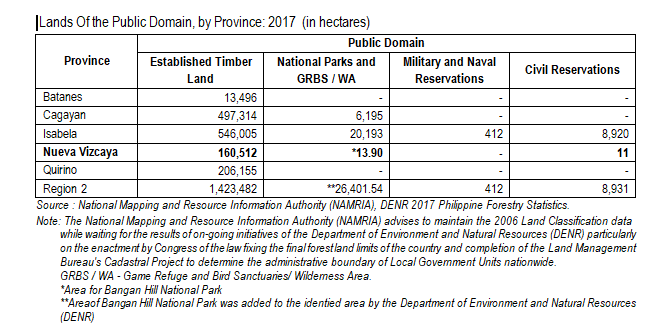 Based from the 2017 Philippine Forestry Statistics, Nueva Vizcaya has one of smallest areas established for timber production accounting to 11.28%(160,512 hectares) of the total established timber land in the region. Aside from Isabela, the province also has an area for Civil Reservations covering 11 hectares. No National Parks were identified by the Department of Environment and Natural Resources (DENR) within the province. Bangan Hill National Park with an area of 13.90 hectares was included in the table even though it was declared as Protected Area. No Military and Naval Reservations were registered in the province.

Private and Alienable and Disposable Lands 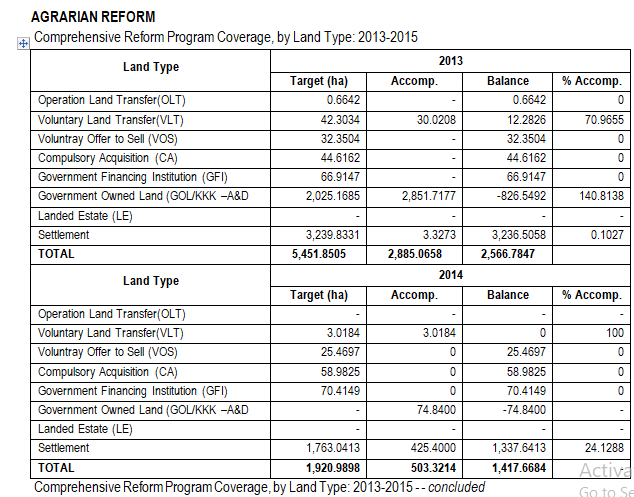 The claim of the Gaddangs accounted for the largest area which is 32.60% of the total surveyed area located in portions of Bayombong, Solano & Villaverde, Diadi, Quezon, Bagabag.  In contrary, Ayangan Tribe claimed the smallest with 1.81% of the total corresponding to 5,955.58 hectares which is situated in portions of Bayombong, Solano and Villaverde. 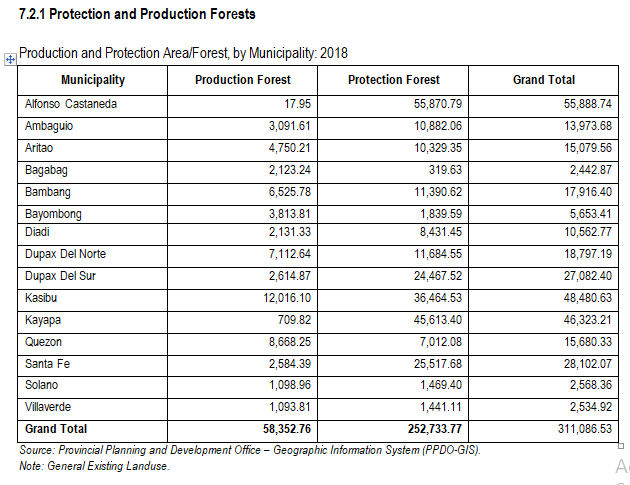 The production forest on the other hand made up 18.76% of the total. Of the mentioned portion, the largest are from the towns of Kasibu, Quezon ,Dupax del Norte and Bambang. In contrary, the smallest areas are from municipalities of Kayapa and Alfonso Castañeda.owed by  commercial and industrial mainly because of the increase of households which needs domestic electrification.

Based on the GIS-generated data, the total mining tenements area in the province as of 2018 is 350,115.6 hectares under 58 holders. The largest metallic mineral land covered by the mining corporations is 47,443.86 hectares from the town of Bambang. This area is endowed with minerals such as Limestone,Manganese, Gold and Copper. On the other hand, the smallest areas for metallic extraction solely for limestone include towns of Solano and Villaverde which are both 4,805 hectares. 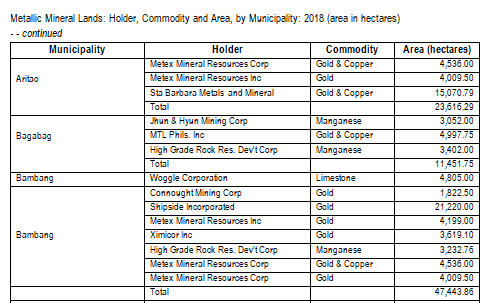 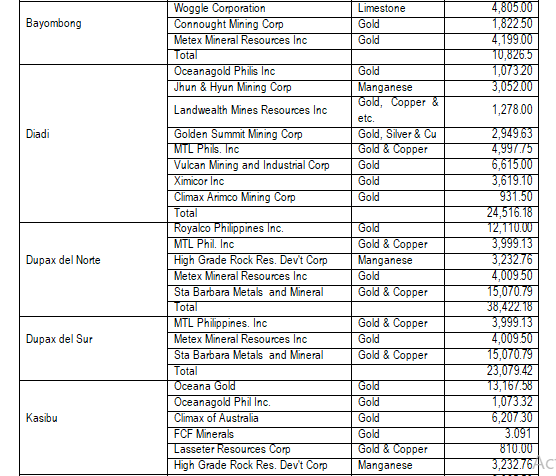 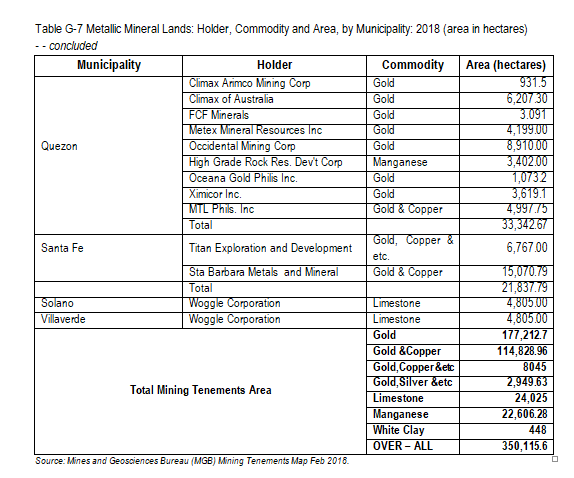 7.4 Parks, Wildlife And Other Reservations 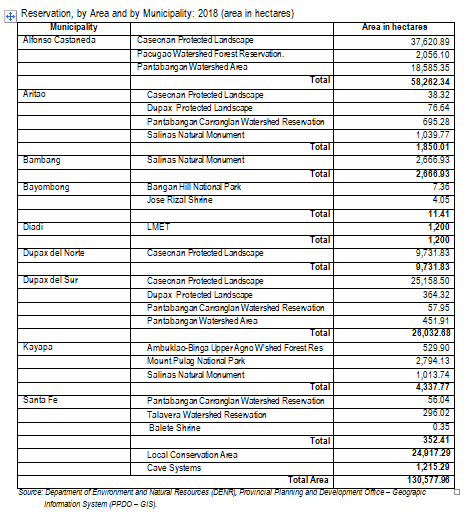 Concerning the solid waste management facility, only 13 municipalities out of 15 have Materials Recovery Facility(MRF) excluding the towns of Diadi and Quezon, 9 with Vermi-Composting Facility(VRF), 9 with Sanitary Landfills(the other 6 are still on-going) and 8 with Residual Containment Areas(CRA). Similarly, all 15 towns have Solid Waste Management Plan. Also, 230 equivalently 84% of the target number of barangays have implemented their Materials Recovery Facilities(MRF).Likewise, 188 or 68% out of 275 barangays have Vermi-Composting Facility.